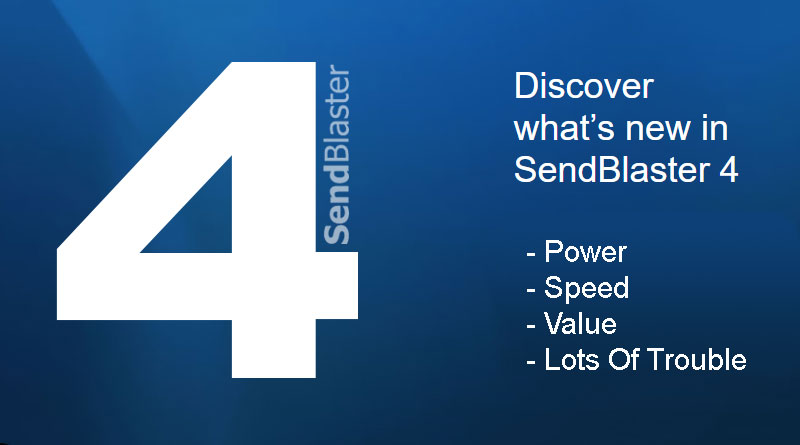 Regardless of the size of the email contact list, it doesn’t take long for a tech-savvy business to figure out that its far better to send out their own marketing emails than using Email Service Providers (ESP’s) like Constant Contact, Vertical Response, Madmimi, Mailchimp and Campaigner that can limited and expensive. These services exist for small businesses that are not tech savvy, or are just too lazy to learn. Businesses not only pay for the privilege of using an ESP, but are also likely to damage their brand using them, but are not savvy enough to realize it. You will never see a large business  like Pepsico, IBM or Microsoft using an ESP, so there is an argument that a small business should not be using them either. Of course the small business needs to be somewhat tech savvy to set up their own outgoing email server, but the effort will be worth it in the end and could end up saving them thousands of dollars an delivering exactly what they want.

Its a fact that sending marketing email using Sendblaster (or any other local email software product) gets increased email marketing functionality for the small business and it will cost a tenth of the price of the various offerings from the current ESP’s. The ESP’s do, however, make sending marketing emails quite easy, but fail to provide basic functions that every company would want to use. Many of the features that marketing departments need today are A/B Testing, re-sending to the recently-added-contacts on a marketing list, management of mis-spellings (It is obvious to us humans that yhoo.com should be yahoo.com, but not to Constant Contact), controlled delivery rate, controlled or random distribution and virus control.

Ongoing cost is also a very important  factor, with Constant contact costing over $100 a month to house just 10,000 contacts compared with using your own email infrastructure that costs just $250 a year, there is a discernible difference. Another unsettling control that the ESP’s put upon their users is the refusal to provide key data about contacts owned by the businesses, EG Constant Contact will not tell companies who made a spam complaint against them, falsely citing the Can Spam Act of 2003, but in reality the Can Spam Act mentions no such thing about withholding the source of a complaint – its a self imposed policy and Constant Contact uses the Can Spam Act as cover. Businesses want to know where they are having problems, but Constant Contact will just remove the contact from the list, never-to-be-mentioned again. Although the business’s contact data is owned by them, Constant Contact actually owns the data when its on their servers. ESP’s have such large meta-data tables that they are  able to tell what email addresses are actually spam traps and not real people,  but they will not actually tell their own customers. ESP’s have contracts with market intelligence companies and provide them with cross sectional analysis – IE, they wont give the email address data to the market intelligence company, but if asked they will tell the market intelligence companies what lists that there contacts are actually on. This is not a practice that a business partner should be doing and businesses leave ESP’s when they realize that the whole ESP business is quite corrupt. The most common ESP’s are Constant Contact, MailChimp, Vertical Response and Campaigner.com‎, and they are all in the racket of stealing your data.

Advantages of Sending Your Own Marketing Emails:

Once a business has decided that it can do a better job than than the ESP’s (email service providers like Constant Contact and Vertical Response) it’s time to find some email software that can send it. This can be a tricky task as there are many products out there and cursory reviews don’t indicate what problems you will have later down the line. For Example, we originally tested Atomparks Atomic Mail Sender (AMS) as it has some nice functions for sending marketing emails, its also cheap and fast. In fact it works very fast, faster than any other similar product. But once you get into the meat of this product and start sending more then 30,000 emails out, your IP address will be mysteriously banned by cbl.abuseat.org, who are one of the most important spam detection services out there. During our testing and constant red flagging by cbl.abuseat.org, it became clear that the Atomic Mail Sender (AMS) is mostly used by spammers and leaves a certain signature during an email handshake, which cbl.abuseat.org then spots and blacklists the IP address and sometimes the whole class B or class C range. Regardless of whether the email is spam or not, it is these kinds of situations that a network or email engineer can find himself in after spending considerable amount of time researching a product, only to find that it is in fact a dead end with his choice of email sending software being the culprit.

Sendblaster 4 Slows Down To  A Crawl During A Send Bigger Than 10,000 Emails: 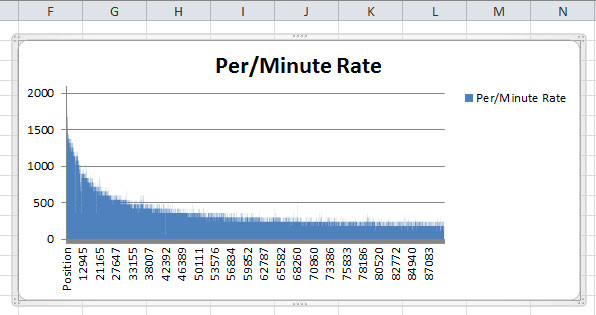 One of the biggest problems with  Sendblaster 4 is the fact that during an email send, Sendblaster 4 will slow down to  crawl, the more emails you send in that one session. To test, we removed all back end MTA impediments during the test and we determined that the delay is coming directly from the poorly written Sendblaster code, that relies on a back-end MS access database flaw that slows down, the more data you feed into it.

At the start of the email send test, Sendblaster is quite a promising, with  speeds at 1500 emails per minute. After a few thousand emails are sent, the speed starts coming down to 600 a minute and a little further in to the email send things get very bad.  Sendblaster reaches a maximum speed of just 250 emails per minute when it reaches 30,000 email sent, which is a maximum of 15,000 emails per hour, which is pretty poor performance for an email sender software.  It will continue at this speed indefinitely and this is undeniably a very slow rate for email sender software. The database behind Sendblaster 4 must be using MSAccess or something equally slow, as it appears to chug slower and slower, reminiscent of a badly written MS Access macro, that does not leverage the Rushmore technology that Fox Software brought to Microsoft with the Fox Software Acquisition in 1992, that was quickly folded into MS Product line including Visual Fox. It seems that Sendblaster is not leveraging any of that technology, that is now decades old and it needs to be updated. MS Access is as old as the hills and it is not a very stable nor snappy foundation to build your application on top of.

For the technically inclined, in our tests we removed all  factors that could be causing latency such as email tracking, slow processor speed (replaced the processor with Intel® Core i7 quad-core), memory (we replaced with 64GB), removed all other applications/ virus checkers etc, we replaced the hard drive with a samsung EVO SSD and ported the email directly into a dummy file, instead of the MTA that we had been using for testing, which in this case was PowerMTA and that can handle way above 10,000 emails a second. Although we left no stone unturned, all evidence points towards the SB4 product being greatly disadvantaged by speed and entirely unsuitable for email sends larger than 10,000. This makes the application great as tool for businesses with less than 10,000 contacts, but troublesome for any business that has more and needs to get emails out quickly.

Work-Around Solution For The 10,000 Limit Problem:

To get around the problems that Sendblaster 4 faces with latency, it is suggested to divide up the email-send into blocks that are less than 10,000 contacts each. We tested this hypothesis and sure enough, it does work. It gets decent speeds at sending and we never have to deal with the 10,000+ slowness problems that we have seen in our tests. Obviously, dividing your list up into many small sections and sending each one individually ( and waiting for it to finish, as you cannot schedule them one after the other) is an annoying pain and increases the risk that you might forget to do a send or accidentally send the email twice. Removing the risk of human error is always a good approach for any system, but Sendblaster’s limitations and resultant work-around actually introduces new human error, rather than reduce it.

The guts of Sendblaster 4 are almost identical to Sendblaster 3. All the known bugs and issues remain in the new version as well as the previous version. What has changed is that Sendblaster 4’s GUI is a lot cleaner and easier to use. The whole system is still based on the awful MSAccess and all the limitations that this brings. Hopefully Sendblaster 5 will ditch the MSAccess back-end and resolve the inherent weaknesses that drags it down to the gutter. 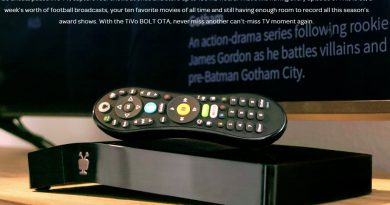 February 5, 2019 Margaret Smithson Comments Off on The New Tivo Bolt Ushers In A New Era For Cord Cutters 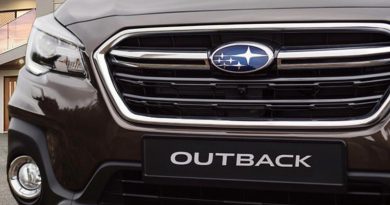 Buying a Used Subaru Outback. What Problems Can You Expect?

November 4, 2019 Michael Rogers Comments Off on Buying a Used Subaru Outback. What Problems Can You Expect? 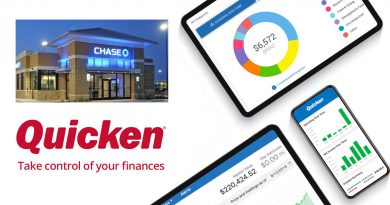